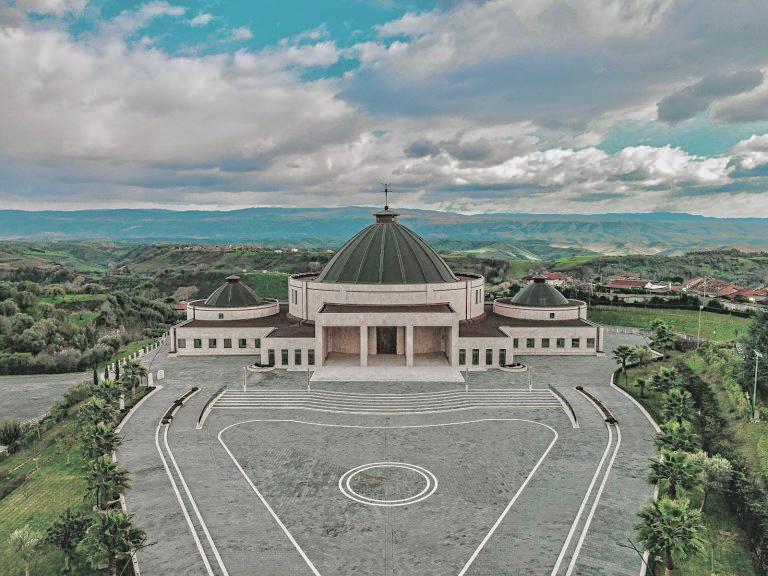 We, students from 4DL, would like to present you the project we have chosen, "Sanctuary of Mileto, religious tourist center". We decided to analyze this project because it made us very curious and therefore we want to try to convey our own curiosity to those who will read our work. Our intent is to make the city of Mileto known beyond the borders of the province, enhancing its artistic-cultural heritage and strengthening the relationship of citizenship with the territory, through our website and our social profiles, created to attract your attention.
We started the realization of this project by searching on internet all the informations regarding the place, by choosing the name of our team and the design of the logo,  representing a boy who reveals his face covered by a mask.
The name we decided for the team is "Angels In Disguise", a famous English saying that, in our opinion, recalls not only religion, but also the personality of us teenagers, as good as angels, but who often commit mistakes.

the decline of the